Laws About Hitting a Pedestrian in California 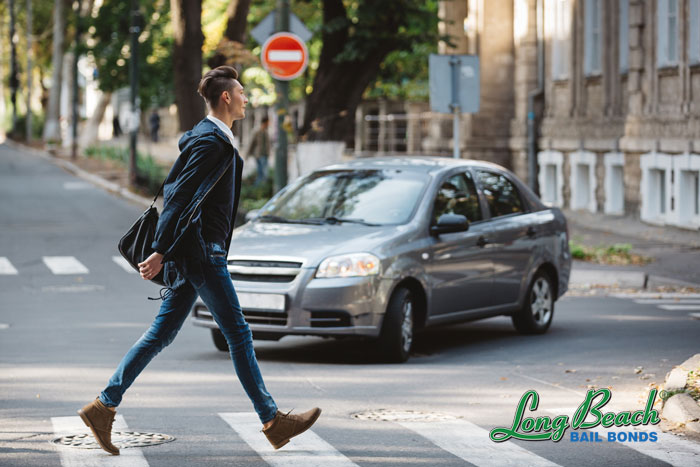 10 Mar Laws About Hitting a Pedestrian in California

California has a reputation as being a great place for pedestrians. The weather makes it possible for pedestrians to walk year-round and the state has done a wonderful job of creating places where pedestrians can stroll without encountering traffic. While pedestrians are invited to enjoy the benefits of walking, it’s important to understand that if you decide to stroll, there’s a chance you could be hit by a car. It’s equally important to understand that the odds of you having a pedestrian-car incident have increased in recent years.

Studies indicate that life for pedestrians is becoming increasingly dangerous. The Governors Highway Safety Association recently gathered data that indicated that the number of pedestrian deaths in the United States increased by 35 percent between 2009 and 2017. According to Triple-A, things are getting worse. The organization reported that from 2010 to 2019 pedestrian deaths increased by 46%.

It doesn’t appear that there is one particular reason pedestrian deaths have risen so much. Some feel that the fact that drivers are getting older could play a role. Another issue is the fact that drivers continue to ignore warnings about using cell phones while driving. It’s worth noting that not all pedestrian/car incidents that involve phones aren’t because the driver was using their phone. In 2010, an estimated 78,000 pedestrian injuries were the direct result of the pedestrian using their phone and not paying attention to their surroundings.

If you drive in California, you have a responsibility to look out for pedestrians. It’s an aspect of being a good defensive driver. Since California has a reputation for being such a great pedestrian state, you must assume that you’ll see a few people walking whenever you drive.

When you do see people walking, automatically check how you’re driving. The last thing you need is to be accused of reckless driving that resulted in you striking a pedestrian. It doesn’t matter if you fail to yield, are speeding, or are distracted, if you strike a pedestrian with your vehicle and there’s proof that you’re at fault, you could face steep fines, jail time, and civil lawsuits.

When you see a pedestrian walking, particularly if they are using their phone, give them as wide a berth as possible. Don’t automatically assume that they will stop at crosswalks, pay attention to no crossing signs, or that they won’t suddenly veer off the sidewalk.