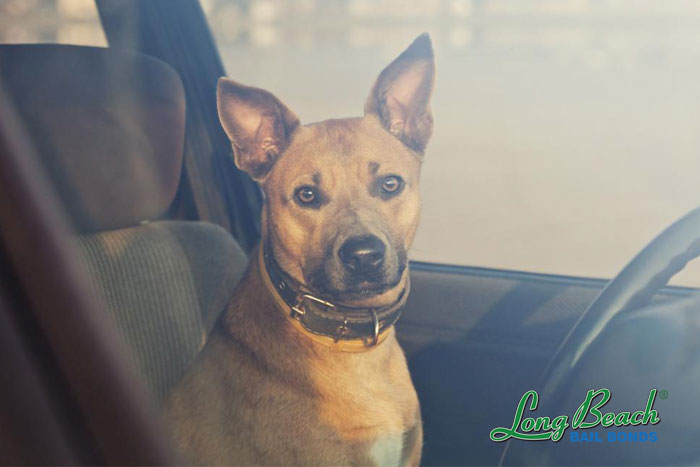 Summer has arrived here in California. For some, this means it’s time to go out and enjoy summer activities at a beach or pool. For others, it means it is time to avoid going outside as much as possible. Whichever group a person might be a part of, they are still going to find themselves driving from time to time. For some of those instances, they may decide to bring their dog with them.

While bringing a dog can make a boring trip to the grocery store more fun, bringing the pooch along in hot weather can be dangerous to their health. Every year, far too many dogs are injured or killed because their owner left them unattended in a vehicle on a hot, or even warm, day. If a person wants to avoid such a tragedy with their own dog, they need to be careful.

It’s Too Hot for Dogs

Some people think that they can avoid this sharp temperature rise by leaving windows cracked open or parking under a tree. However, those tactics don’t work as well as people believe they do. Slightly cracked windows don’t provide enough air movement to cool down the interior of a car, especially on a hot day. Meanwhile, parking in the shade on hot days on slightly reduces the temperature. Anyone who has tried to stay cool outside on a blistering day can attest to this. The shade is cooled, but not by much.

The Animal Can be Rescued

Here in California, it is actually legal for a person to break into a car in order to rescue an animal from a hot car interior. This is thanks to the California Right to Rescue Act. However, this has to be done correctly or else the person could get into trouble despite the good deed they attempted to perform.

When a person suspects that an animal in a car may be in danger, the first thing they should do is call 911. After they have reported the situation to authorities, they should remain on scene to keep an eye on the dog. If emergency personnel are taking too long to get their and the animal inside appears to be in immediate danger, the person can then do whatever they need to in order to rescue the critter. As long as the actions were truly necessary for the safety and well-being of the animal, the person will not have to worry about any legal repercussions.

Might be Safer to Leave the Dog at Home

Dog can make menial trips like running errands fun, but these quick errands can be deadly to dogs if their owner is not careful. Hot weather can quickly raise the temperatures in a parked car. If a dog is inside, they could suffer. In order to avoid this, dog owners should either bring their pooches with them if possible, or leave the pup at home. At least when at home, the dog can be safe and comfortable.

What do you think of California’s law about being able to break into a vehicle to save a suffering animal? Would you break into a car to save an animal? Let us know in the comments down below.