Riding Your Bike Under the Influence of Drugs or Alcohol 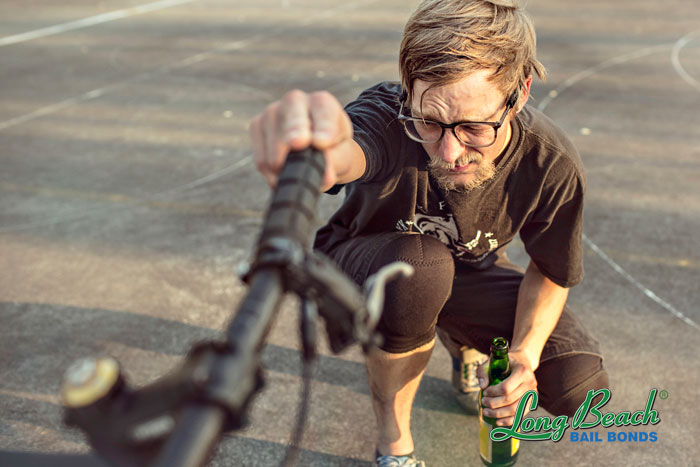 The rising fuel costs are causing many of us to take a second look at our bikes. Now they not only seem like a pleasant way to stay in shape but also a viable way to ease transportation costs. Not only can you use your bike to get from your home to your workplace, but you can also use it to go out at night. Not paying for gas means you’ll have more money in your pocket for drinks, and since you’re cycling rather than driving you don’t have to worry about watching how much you drink.

California law prohibits you from driving and cycling while under the influence of drugs and alcohol.

The law is California Vehicle Code 21200.5 VC and it states that:
“Notwithstanding Section 21200, it is unlawful for any person to ride a bicycle upon a highway while under the influence of an alcoholic beverage or any drug, or under the combined influence of an alcoholic beverage and any drug. Any person arrested for a violation of this section may request to have a chemical test made of the person’s blood, breath, or urine for the purpose of determining the alcoholic or drug content of that person’s blood pursuant to Section 23612, and, if so requested, the arresting officer shall have the test performed.”

The good news is that while the law prohibits you from cycling while under the influence (CUI) the fallout from doing so is nowhere near as life-altering as getting a DUI.

When you’re charged with a CUI you will only face misdemeanor charges. If you’re convicted of CUI in California you won’t spend any time in jail and the maximum fine you’ll face is $250.

While the potential fallout from a CUI isn’t as severe as what you’d get if you were convicted of a DUI, that doesn’t mean you shouldn’t take the situation seriously. The first issue is that you will have a criminal record that shows an alcohol-related offense.

The second thing to consider is that if you’re cycling under the influence and accidentally hurt someone you will face additional legal and civil penalties that could have a long-term negative impact on your life.

While it’s okay to go out and have a good time, when all is said and done, it’s better to have a designated driver than to cycle home after an evening of fun and drinks.

california laws, can you get a dui on a bike, consequences of a dui, cycling while under the influence, drinking and cycling, riding a bicycle while intoxicated