Never Try to Race a Train 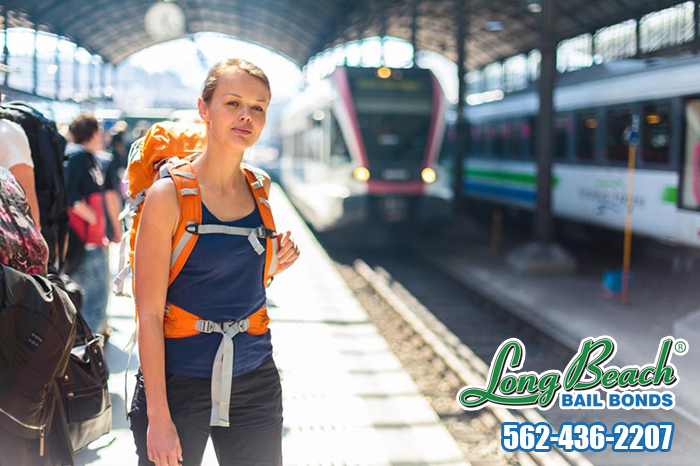 Running across railroads is pretty common in day to day life. You may walk alongside one on your morning jog, or cross one when driving to work. They are a part of everyday life, and for the most part they do not interfere. However, every once in a while you get stuck at a crossing waiting for a freight train to roll through.

If you are like most people, you find this sort of annoying. You have places to be. Others have felt the same way, and attempted to race the train through the crossing. Unfortunately for that person, that was the wrong choice. Trains, especially freight trains, can be very dangerous. It is never a good idea to race them through a crossing.

On average, a freight train can weigh anywhere from 12 to 20 million pounds. Anyone who understands momentum will know that stopping that much weight in a hurry is a very big undertaking. In fact, it can take over a mile for a 12 million pound train to come to a complete stop. Long story short, a train will never be able to stop for someone or something on the tracks.

Over half of all car and train accidents occur at crossings that are equipped with automatic signals. This is due largely in part to the fact that drivers will ignore the signals, and try to make it through the crossing without regard for the train. Once the signals start to flash and the arms begin to lower, wait for the train to pass. It is not worth risking your life.

Another surprising fact, is that a quarter of all train and car collisions occur when a car drives into the side of a train. This happens to drivers who are not exercising the proper cautions for the weather conditions. They are driving too fast in wet or dark conditions, and are then unable to stop in time to avoid hitting the train. This can easily be avoided by adjusting driving habits to match current weather conditions.

If your car ever stalls or gets stuck on the tracks, get everyone out of the car and to a safe distance right away. Then call 911 and alert them to the vehicle on the tracks. They will then contact the railroad, which will halt train operations on the line in question until the car has been moved. If a train is approaching when the car is stuck, get out as quickly as possible and run away from the tracks at an angle. You want to move away from the tracks, but in the direction of the oncoming train. This will keep you safe from the debris that will be caused by the train hitting the vehicle, which will be shot out and away in the direction that the train is traveling.

For many people, crossing train tracks has become a part of their everyday life. This, unfortunately, has led to them forgetting how dangerous these crossings can be for anyone who isn’t paying enough attention. Always be aware of your surroundings near train tracks, and never try to race a train.

avoiding the train lines, car and train accidents, car stalls on the tracks, crossing a railroad, crossing railroad without regard, race the train through the crossing, Running across railroads, the dangers of railroads, train and car collisions, waiting for a freight train to roll