So, You Want to Grow Your Own Marijuana at Your House?

25 Apr So, You Want to Grow Your Own Marijuana at Your House? 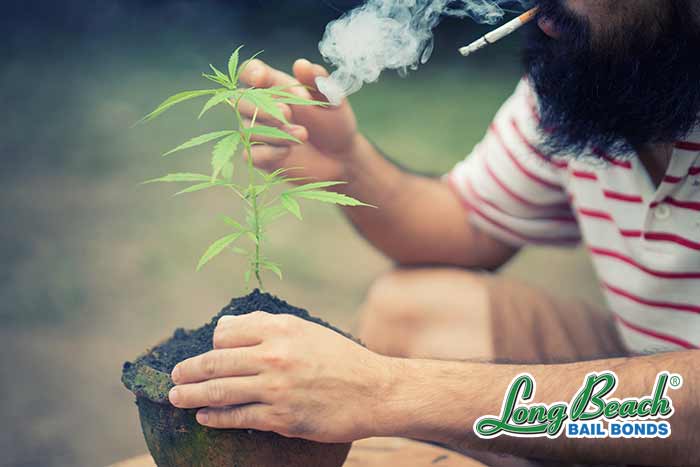 There was a time when no one openly spoke about growing pot, but now that medical marijuana has become legal in many states, it’s natural to think about growing your own. Not only does this mean you’ll have a fresh supply whenever you need it, cultivating your own plants also saves you money and gives you and relaxing new hobby.

Before you start setting up a space for your marijuana garden, there’s a few things you need to consider.

California can now legally grow up to six marijuana plants at home, including all of the harvest from those plants.

Here’s what you should know:

☑ The minimum age is 21
☑ Possess no more than 6 plants at a time
☑ Grow only where you live, where it cannot be seen and lock it
☑ Carry no more than 28.5 grams, leave the rest at home
☑ Cities can prohibit outdoor growing, but not indoor growing

Getting caught growing it before you’re old enough comes with some serious legal repercussions. If you have minors living in your home, you’ll want to contact both your state and local government officials and find out what the current laws are. There are some places where growing pot near a minor generates serious legal problems. Growing marijuana is your right. Although it is now legal, many California home growers may need to stay stealth. There are cities and towns in California that are prohibiting marijuana growing.

Why Grow Only One Marijuana Plant is More Beneficial?

There are a number of reasons why growing just one plant can be extremely beneficial. First of all, with only one plant you are better able to focus your efforts, making it more likely that the one plant will grow better than the individual plants in a plot of more than one marijuana plant.

Additionally, security is better with just one plant. While authorities are known for busting people who have a large-scale growing operation contained within their home, who has ever heard of someone growing just a single plant having their house raided? The fact is, law enforcement has bigger fish to fry. Even if they did want you and your one plant, one plant is far easier to hide, making it unlikely anyone would notice it anyway.

Where Are You Going to Get the Plants

Technically, you can grow marijuana plants from a seed, but most people who are only doing so for personal use find that the amount of time and effort to do so makes this impractical. It’s far better to find someone who will sell you young plants that you can work with. Also, you’ll need a plant for getting rid of the parts of the plant you don’t use. Different areas have different rules, so you’ll want to check with your local law officials. Some say the plants have to be composted, others have used them as livestock feed, and others have rules about the exact location and method of disposal.

One of the things that frequently catches people by surprise is how difficult it is to grow marijuana plants. Not only do the plants require 12 hours of bright light followed by 12 hours of complete darkness in order to thrive, they also are picky about the temperature. They do best when the growing space is kept between 75 and 80 degrees and they need a humidity level that’s below 50 percent.

Even though growing personal marijuana plants can be time consuming and takes a great deal of forethought, using pot that you’ve raised yourself is an intensely satisfying experience.

What to Expect with the New Marijuana Laws of California

What to Know About Marijuana DUI in California